The Liar, 2022 book by author Ben Cunningham about double-agent Karel Koecher, who passed information to the KGB about the recruitment of Aleksandr Ogorodnik. In spite of the swinging lifestyle of Koecher and his wife Hana, it took the FBI until 1984 to catch him.
1. September 18, 2022 Smithsonian TV Channel: America’s Hidden Stories: CIA Museum Declassified premiered September 18th, 2022 on the Smithsonian Channel, CIA's 75th Anniversary - streaming to be added. Marti tells her story to Iwonka Svenson
2. October 3, 2022 CBS News Inside the CIA's museum of spycraft - Norah O'Donnell gets a private tour with CIA director William Burns, leading with Marti's story.
At the Central Intelligence Agency's headquarters in Langley, Virginia, a newly-redesigned museum – accessible only to authorized persons – chronicles the successes, failures and sacrifices of intelligence operatives through the years. CBS News' Norah O'Donnell gets a private tour with CIA director William Burns and finds out how compromising human intelligence sources can put American security, and the lives of CIA agents, at-risk.
3. Cold War Conversations Part 1  May 2022  The first female CIA officer in Cold War Moscow.  Marti Peterson was the first female CIA operative to be assigned to Moscow, probably the most challenging posting during the Cold War. Don't miss the previous episode here
Cold War Conversations Part 2  June 2022 Arrested by the KGB and taken to Lubyanka Prison.  This second episode turns to TRIGON, the code name for Alexandr Ogorodnik. He was an official in the Soviet Embassy in Bogota, Columbia recruited by the CIA

CIA agents stationed in Moscow during the Cold War knew the "rules." On the spot, they would be constantly followed by the KGB. Like Martha Peterson, the first American woman sent to Soviet ground. For Mediapart, she tells the story behind the scenes. Patricia Neves  August 24, 2022 at 10:53 am

New York, New York (United States) – Martha Peterson, 77, could look like the character of the old lady of the Titanic. The kind to hide behind her glasses and blonde curls, an incredible story. Just listen to the sound of her voice, the excitement palpable even today when she evokes her past. As if everything had happened yesterday: as if the hands of the KGB agents, who grabbed him on July 15, 1977 in a Moscow street, were still placed on his body, on his chest, trying to contain it, tearing off his headset system secretly broadcasting the opponent's radio messages.

Video made in Skara, Sweden, featuring Marti on her life in the CIA. 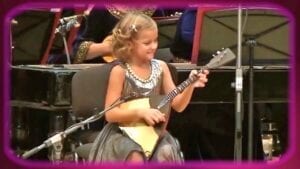